Kejri’s AAP and its’ two opposite stance on Oxygen-deaths: Covid-19 shame 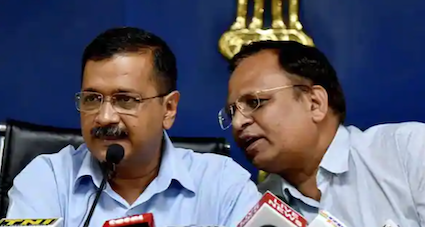 Arvind Kejriwal-led Aam Aadmi Party in May this year had submitted to Delhi Court where it claimed that the deaths of 21 patients at north Delhi’s Jaipur Golden Hospital on April 23-24 was not due to lack of medical oxygen.

However the Delhi health Minister Satyendra Jain has completely flipped, targetting the Central government for informing the Rajya Sabha that no deaths had been reported due to lack of oxygen during Covid-19 second wave.

It’s important to note that the four-member committee constituted by AAP itself, to probe the number of deaths due to lack of oxygen in hospitals, had submitted in the Delhi High Court that “there was no mention of any oxygen shortage in any of the case records.”

In its preliminary report, the committee had refused to attribute the cause of death of patients to lack of oxygen and had stated that almost all of them were either very sick to critically ill during the course of their hospital stay even prior to the evening of April 23.