Kejriwal cries no oxygen to Centre; but listen to what he allegedly said on NDTV hours ago! 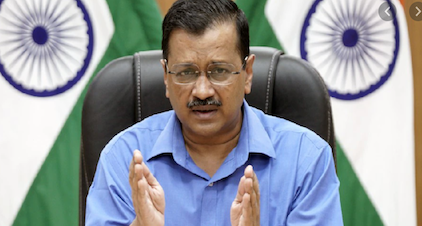 Delhi chief minister Arvind Kejriwal on Sunday said that Delhi is battling an acute shortage of oxygen as it fights to check the spread of the coronavirus disease. In a tweet on Sunday evening, he also declared that oxygen has become an emergency in the national capital.

“Del facing acute shortage of oxygen. In view of sharply increasing cases, Del needs much more than normal supply. Rather than increasing supply, our normal supply has been sharply reduced and Delhi’s quota has been diverted to other states. OXYGEN HAS BECOME AN EMERGENCY IN DEL,” Kejriwal tweeted.

BJP leader Kapil Mishra had an epic tweet in reply to Kejriwal:

The chief minister also wrote a letter to Union Commerce and Industries Minister Piyush Goyal urging him to ensure ‘uninterrupted’ supply of 700MT of oxygen on daily basis and restore supply of 140MT of oxygen by a supplier INOX.

The output of INOX, one of the major suppliers to Delhi hospitals, has been ‘diverted’ to other states which has already started causing ‘critical shortages’, he charged in the letter.

However, it is important to note the central government official has rejected Kejriwal’s claims as “blatant lies” and said there was no panic situation in Delhi regarding oxygen.

According to official figures, Delhi hospitals received 254 MT of medical oxygen on April 16 and 612 MT on April 17. As of April 17, the daily demand of oxygen from Delhi was 197 MT. The total stock at INOX and Goyal Gas, Linde, Air Liquide for Delhi is 311 MT and the total stock position of oxygen in the capital is 700 MT.

Delhi has witnessed a very sharp rise in COVID-19 cases leading to a large number of serious patients getting admitted at hospitals. Yesterday alone 25,462 cases were reported in Delhi.