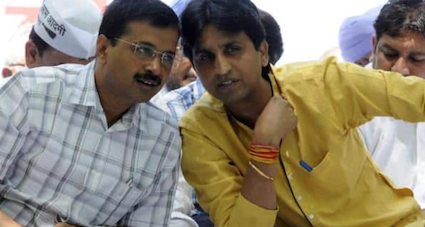 Former Aam Aadmi Party (AAP) leader and noted poet Kumar Vishwas on Wednesday said that Delhi Chief Minister Arvind Kejriwal will do anything to remain in power. Expressing his views on AAP’s chances in the Punjab election 2022, the ex-colleague of Kejriwal made a startling claim that the AAP convenor was supportive of separatists in Punjab.

“I had told Kejriwal during the 2017 Punjab election that don’t take support of the fringe elements, separatists and people associated with the Khalistani movement. He, however, said it will be managed don’t worry,” Vishwas said while speaking to ANI.

Narrating the sequence of events when he had warned Kejriwal to maintain a distance with the Khlaistanis, the former AAP leader said, “One day, Kejriwal had told him that he would either become CM of independent ‘suba’.

“However, when I warned him that Pakistan’s ISI and other agencies across the world are funding the referendum organised by US-based Sikhs for Justice (SFJ) to decide whether Khalistan should be carved out of Punjab, he replied saying, “so what then I would become the first prime minister of an independent nation”, Vishwas said.

Notably, Kejriwal, Manish Sisodia, Kumar Vishwas and some others had formed AAP in 2012. However, the relations between Kumar and Kejriwal soured a few years later.