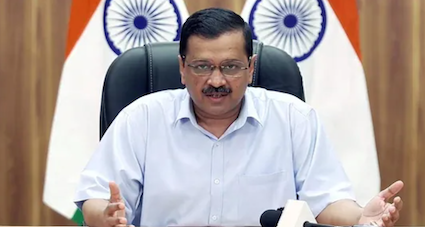 Weeks after creating a din that Delhi could face a power crisis due to coal shortage, it has now been revealed that the Arvind Kejriwal-led Delhi government sold 635 mw of power on the day-trading market.

Central Electricity Regulatory Commission released the data which says that in the month of October, Delhi was again among the top ten sellers.

Delhi has less than 2gw power generation capacity, one of the lowest in India yet in August, yet it was the seventh-largest seller of electricity in the all India league.

While the other large sellers like West Bengal, Chhatt­isgarh, and Odisha have large thermal power capacities, Delhi despite not having a notable production capacity is the only state that made a large sale. It’s pertinent to note that the Union power ministry has warned the States to do any sale on the power exchange only after having enough power surplus.

Responding to the charge from some state governments like Delhi that a massive power blackout was imminent and the Centre was unable to prevent it, the ministry had noted: “It has been brought to the notice of (the) Ministry of Power that some States are not supplying power to their consumers and imposing load shedding. At the same time, they are also selling power in the power exchange at a high price.”

It is not the first time the Delhi government has created a ruckus for the shortage. During the second wave, the state government had exaggerated oxygen requirement by up to four times. At that time also Kejriwal government had blamed the Centre for not supplying enough medical oxygen to hospitals.