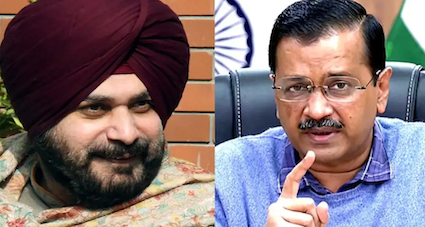 With Punjab pocketed in spectacular style, AAP supremo Arvind Kejriwal mocked the state Congress chief Navjot Singh Sidhu who was trounced by a normal volunteer of AAP—Jeevan Jyot Kaur—by 6750 votes in Amritsar East. He said not to underestimate the common man.

He also pointed out the humble origins of the candidate who beat Punjab’s chief minister Charanjit Singh Chani in Bhadaur.