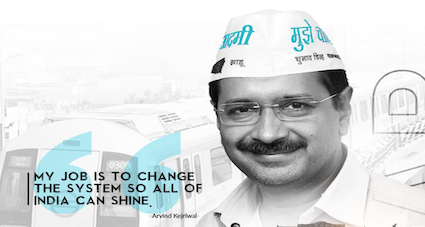 The image of Delhi chief minister Arvind Kejriwal appears on India Today 25 times in 10 hours is the meticulous noting of a twitterati, @mithelesh as per a report.

The ad appeared with an interval of 5-15 minutes on one channel only.

Another user noted that in a Kejriwal ads had featured across five different news channels in five minutes.

A recent RTI revealed that Kejriwal’s AAP-government had spent Rs 151 crores in the first three months of this year itself.

Kejriwal has often been accused of keeping media on the right side with ads worth tens of crores of rupees. Recently, the Delhi High Court had rebuked him for not even picking up the oxygen cylinders which had been allocated to him.

Former cricketer and now an MP, Gautam Ghambir, had arranged for a super clinic in the crisis of this pandemic. Arvind Kejriwal refused the offer. The BJP MP finally had to donate stuff to nursing homes and private hospitals.

So @ArvindKejriwal refused to give permission for a Covid centre set up by @GautamGambhir by his own money .. he had to donate all the equipment worth lakhs to other nursing homes and hospitals pic.twitter.com/IO9GM5pwQR

Today, a twitterati Rishi Bagree, has tweeted that Kejriwal’s ads are appearing pan-India, an apparent effort to airbrush his image which has taken a beating lately.

Pan India Ads in every newspaper by Kejriwal. pic.twitter.com/oHmd03zXCo