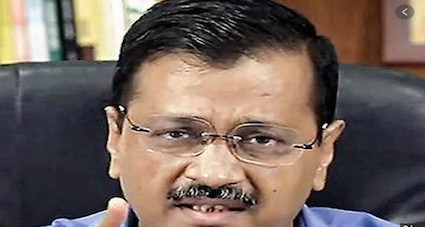 Chief minister Arvind Kejriwal, his credibility presently lower than the Oxygen he is able to transport around the Capital, has been caught allegedly lying once again.

In the wake of a serious dressing down by the Delhi High Court, on the “mess” he has created in Delhi during the Covid-19 surge in its second phase, Kejriwal yesterday went to town claiming that he is importing 18 oxygen tankers from Thailand.

“We are importing 18 (cryogenic) tankers from Thailand. It would start arriving from tomorrow. It would end the problem of transporting oxygen,” announced Kejriwal, claiming that he is in talks with the Centre to arrange Indian Air Force aircrafts for the purpose.

It has now been claimed that this is no better than “half-baked truth of CM Delhi. This initiative is taken by our Indian Association of Thailand (IAT),” claimed one DK Bakshi on twitter.

Bakshi, in his tweet (below), has tagged Kejriwal himself, as well as Harsh V Shringla, former foreign secretary of India.

Other important accounts which Bakshi has tagged to highlight his assertion is Indian Embassy in Thailand; India-Thai Chamber of Commerce and Prime Minister’s Office (PMO) in India.

It has led to a social media storm. Alleging that Kejriwal has lied once again, twitterati asked Kejriwal government that it must show the contract he has been able to secure on the oxygen deal in Thailand and the payment it has made.

Twitteratis pointed out that the Delhi CM Relief Fund had collected Rs 35 crores since beginning of Covid-19 pandemic but “nil” had been utilized, a RTI reply had revealed.

Another one requested DK Bakshi not to hand over the tankers to Kejriwal. “They would first do video shooting, waste time, press conference and by that time many people will die.”

Sir. Pl don’t hand over to @ArvindKejriwal @msisodia ,as they will first do video shooting, waste time,press conference and by that time many people will die.

The Kejriwal government two days ago had claimed that it is setting up a Covid Centre in a five-star hotel in the Capital for the judges, staff and their families of Delhi High Court at the latter’s request. The Delhi High Court yesterday took the Delhi government to task, denying they ever made this request.

Delhi presently is gasping for life as people are running from pillar to post for ventilators, beds and oxygen.

Apparently, the quantity of oxygen which Kejriwal had demanded from the Centre has been made available but his government apparently doesn’t have tankers to pick oxygen and take it around the Capital they govern.