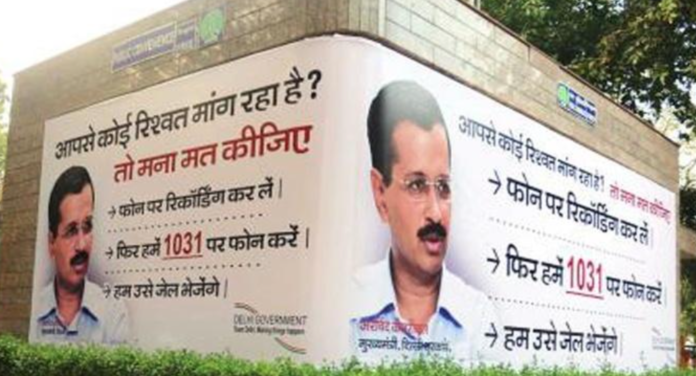 An RTI dated April 8 has revealed that the Arvind Kejriwal-led Delhi government has spent Rs 150 crores from January 2021 to March 2021 on advertisements and publicity through various mediums.

This averages to Rs 1.67 crore daily even when the national capital was hit by the second wave of coronavirus and there wasn’t enough infrastructure to battle the same.

Bharatiya Janata Party (BJP) IT Cell head Amit Malviya hit out at Kejriwal for his irresponsible behaviour. “Setting up oxygen plants in Delhi is Kejriwal’s job. He was given funds to set up 8 of them back in Dec 2020. He set up just 1. He gave ads instead. When there was an oxygen crunch, the Centre increased allocation. Kejriwal didn’t pick it up either. He is responsible for deaths.”

Malviya further tweeted: “GoI in a letter dated 7 Apr 2020, wrote to all state governments asking them to grant permission to manufacturers of industrial oxygen so that they could produce medical oxygen in view of Covid situation. What did Kejriwal do? As usual nothing. Just gave more nauseating ads.”

Kejriwal was in the news for promising home delivery of oxygen for Covid patients last year but today, his AAP government has been chided by the Delhi high court on the issue of oxygen supply.

Delhi on Friday logged 348 Covid-linked deaths – its biggest single-day spike in the death count. The city also reported 24,331 new coronavirus cases amid the rapid second wave of the pandemic.