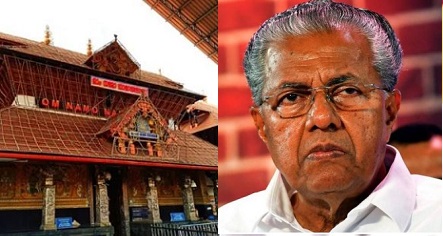 The Kerala High Court on Friday ordered the immediate return of Rs 10 crores that were taken by the state government from the Guruvayur Temple Devaswom funds to the chief minister’s fund. The verdict was issued on the pleas filed against the move by many, including BJP leader N Nagesh, reports OpIndia.

The Kerala High Court has ordered the immediate return of Rs 10 crores that were taken by the state government from the Guruvayur Temple Devaswom funds to the Chief Minister’s Relief Fund.

The Kerala High Court deemed the payment made by the temple board to the chief minister’s fund as illegal and noted that Guruvayoorappan is the heir to all the properties related to Guruvayur Temple. The court observed that Devaswom Board, as a trustee, has a sole right to maintain the property but no right to pass it on to anyone else. This was enshrined in the Devaswom Act, the court said, adding that the Governing Body can only act within the limits of the law.

“Matters such as contributions towards Disaster Relief Funds do not fall under purview or jurisdiction of the Devaswom Board,” the court order said. Slamming the Kerala state government, the high court ordered that it has no power or authority to requisition the funds managed by the Devaswom Board or direct them on how to proceed in these matters.