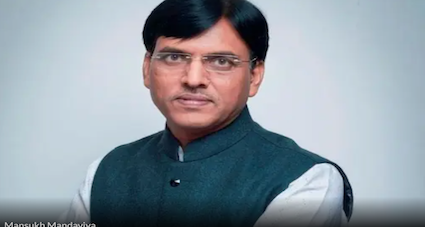 The Centre has decided to send a six-member team to Kerala for effective Covid-19 management as the state reports a spike in daily cases. The state has reported over 22,000 infections daily for the last three days, which comprises over 50 percent of the national daily case count.

In a tweet, Union Health Minister Mansukh Mandaviya said, “The Central government is sending six-member team to Kerala headed by NCDC Director. As a large number of COVID cases are still being reported in Kerala, the team will aid state’s ongoing efforts in COVID-19 management.”

Central Government is sending 6 member team to Kerala headed by NCDC Director.
As large number of COVID cases are still being reported in Kerala, the team will aid state’s ongoing efforts in #COVID19 management.

The Health Ministry informed that the central team will be headed by National Centre for Disease Control (NCDC) Director S K Singh and it will reach Kerala Friday. The team will take a stock of the ground situation, visit some districts reporting a high positivity rate and recommend necessary public health interventions to contain the spread of the virus while working closely with the state authorities.

The move comes a day after state-level serosurvey data released by the central government revealed that the majority of Kerala is population in the state is still susceptible to the disease compared to many other states.

The state recorded a sudden surge in active cases after state chief minister Pinarayi Vijayan’s administration offered complete relaxations in Covid-19 norms even in highly sensitive areas ahead of the Eid celebrations.