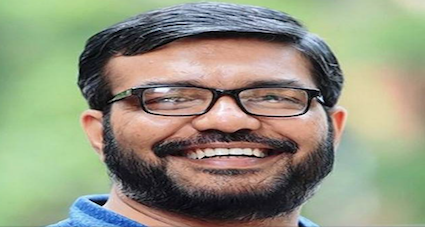 Was freedom fighter Bhagat Singh responsible for converting thousands of Muslims forcibly as Hindus or trigger a genocide on them?

The answer undoubtedly remains NO.

However, there’s another history for Kerala assembly speaker MB Rajesh who, during an event, compared the ‘father of the Moplah Riots’ Variyan Kunnathu Kunjahammed Haji to Bhagat Singh.

The Moplah riots of 1921 were a systematic campaign against Hindus where open genocide of Hindus was orchestrated by Variankunnath Kunhamad Haji, Ali Musaliar, and others, leading to an estimated death of 10,000 Hindus in Kerala.

While inaugurating a function to mark the occasion at Thirurangadi in Malappuram, speaker Rajesh could be heard equating Haji with Bhagat Singh and said, “I think his (Variyan Kunnath Kunjahammed Haji) place is at par with Bhagat Singh.”

He continues to hail the separationist responsible for the genocide of thousands of Hindus as a freedom fighter.

He said, “Rajesh has insulted the freedom struggle by comparing Bhagat Singh to the aggressor Variyamkunnan who massacred the Hindus in Malabar. CPM secretary A Vijayaraghavan should clarify whether the CPM accepts the Speaker’s statement to make a rebel a freedom fighter to please the Muslim fundamentalists. The Malabar riots were the first organized terrorist attack in Kerala. In 1921, Variyamkunnan and his gang committed atrocities similar to those carried out by the Taliban.”

Yesterday, social media users once again reminded people about the terrifying atrocities of Islamists on Hindus and paid tribute by trending #MalabarIslamicState on 100 year anniversary.

RSS worker J Nandakumar pointed out how the Moplah riots proved to be a bigger catastrophe for the Hindus than the previous communal attacks. “It was an organized movement, amplified by the Khilafat movement, which made it a planned crime, rather than discrete outbreaks by discontent religious militants. #malabarislamicstate.