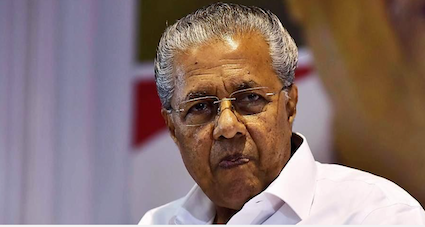 RTI collated by the Times of India revealed that while the actual Covid-19 death registered by the state was 19,584 till June 2021, the state only presented 13,235 Covid deaths. According to the data by the chief registrar office (birth and death), the deaths recorded by the local body showed a glaring mismatch of 6,349 deaths, almost one-third missing.

Besides that, there were 27 Covid deaths announced on the Pathanamthitta district collector’s official Facebook page between June 4 and 6. However, the report issued by the Directorate of Health Service showed that there were only seven deaths. The official deaths reported in districts also showed glaring differences despite the wide prevalence of the disease.

The voice regarding audit of Covid deaths grows louder, with many activists alleged that underreporting Covid deaths is a clear violation of Indian Council of Medical Research (ICMR) guidelines.

The Union government has been advising Kerala to speed up its vaccination pace and testing to mitigate the chances of a third wave.

Meanwhile, Chief Minister Pinarayi Vijayan still denies the underreporting of death and said, “There is no under-reporting of Covid-19 deaths in Kerala and the state was following the death protocol.”

“Reporting all deaths under such trying circumstances is difficult. We haven’t done deliberate under- reporting. If there are complaints we will look into,” he added further.