Khattar writes to Lekhi for release of ‘Son of Haryana’, Vishal Jood in Australia 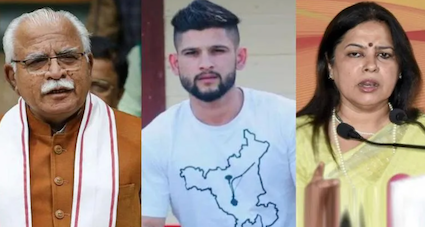 The prolonged incarceration of an Indian youth, Vishal Jood, has now moved Haryana chief minister Manohar Lal Khattar to pen a letter to newly appointed minister of external affairs and ministry of culture Meenakshi Lekhi to seek his release.

Jood has been in prison in Australia since April over charges of being involved in an assault in Sydney. He belongs to Kurukshetra district.

Seeking justice for a “Son of Haryana”, Khattar has written that as per his family’s claims, Jood had confronted a group who was raising anti-India slogans and even desecrating the Indian national flag.

Khattar has also said that some Indian groups in Australia have got in touch with him and have started a campaign in Australia to have Jood released as soon as possible.

Jood has been arrested on allegation of hate speech, including clashes between some Haryanvi youths and members of the Sikh community at Harris Park in Sydney in March-April this year.

Khattar has raised the concern earlier too with External Affairs Minister S Jaishankar seeking his intervention in securing the release of Jood from a prison in Australia.