Kishor concedes he could only help Mamata ‘on the margins’, nothing major 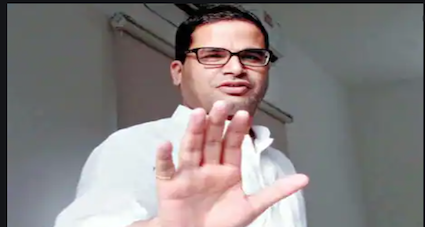 Prashant Kishor, the master strategist for Mamata Bannerjee and her Trinamool Congress in Bengal, has conceded that he couldn’t turn the elections around for her paymasters in West Bengal or elsewhere.

Speaking to Rajdeeep Sardesai, after the LeakGate fiasco, in which the Clubhouse chat between him and a few Lutyens Media journalists went public, and in which he conceded that Modi is winning the Bengal elections, riding on Hindu, SCs and Matua votes, and that there is latent anger against Mamata Banerjee who has only done appeasement of Muslims, like other ruling parties in Bengal, Prashant Kishor has been in damage-control exercise, resorting to bluff and a series of appearances on television.

One such was on India Today with Rajdeep Sardesai, where Kishor is heard saying: “Parties win or lose because of their own intrinsic strength, the leadership, the work they have done or they have not done. We, or people like us, can only help on the margins.”

Basically PK is saying exactly what advertisers (some do) tell clients. If your product is weak, a glossy ad that I make cannot work any magic at point of purchase. But it’s your money, you want to throw it at me, go right ahead. pic.twitter.com/IOqvdadYRJ

Damningly, when asked by Sardesai that if he means he can’t turn a losing election into a winning one, Kishor was quick to reply: “Absolutely not.”

Kishor has all along been making tall claims on or before the Bengal assembly polls, saying BJP won’t cross double digits and if they do he would quit his job as a poll strategist. Later, in an interview with Republic TV, he revealed that he wants to turn a politician in near future.

Kishor has had a string of associations with several parties such as BJP, Congress, JDU, AAP and Trinamool Congress among others. His most notable failure was in Uttar Pradesh where his presence couldn’t help Rahul Gandhi or Priyanka Gandhi Vadra.

Kishor usually aligns himself with a party which is more or less assured of win and then he uses the victory to further himself on the political firmament as some kind of “Chanayaka”. But his veneer seems to have fallen off in the ongoing Bengal polls, as he has lurched from one claim to another, and contradict himself.