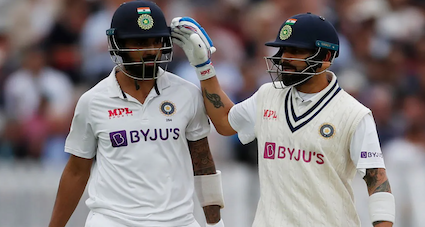 India’s cricket star KL Rahul, set to lead Lucknow Super Giants in the Indian Premier League (IPL) which begins from 26th of this month, has revealed the moment when he came to know he would lead India in a Test match.

Speaking on Red Bull Cricket Room on Clubhouse, Rahul said: “Like everyone else, it came to me as a huge surprise to me. I was the vice-captain. As a vice-captain you slowly prepare yourself to become the captain in due time. But then I didn’t expect it to come to me so quickly and in such circumstances. The morning of the game, Virat (Kohli) came to me in the bus and said, ‘My back is not feeling great, you might have to captain the team”.

Kohli had led India to victory in the first Test of the series  before picking up a back injury.

Rahul said it didn’t put him off or change his mindset. The 43 Test veteran for India also added that he feels everyone is their own captain while playing. “When that ‘C’ in the team list comes, it does feel new and it is something you are proud of. It is an honor not many people get and it is something you always dream of and I was very happy, very grateful,” Rahul added.

However, India ended up on the losing side in Rahul’s debut match as a skipper, after losing the match by seven wickets.

The Indian cricket board meanwhile has announced Rohit Sharma as captain of India in all formats of the game. Rohit hadn’t toured for Tests in South Africa.