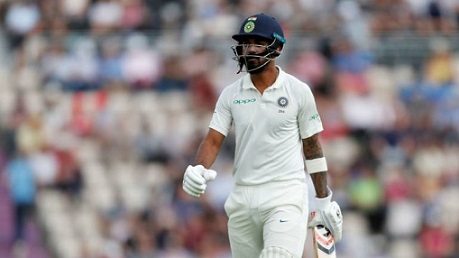 In another blow, team India batsman KL Rahul has been ruled out from the ongoing Border-Gavaskar trophy against Australia due to a wrist injury.

Board of Control in Cricket in India (BCCI) informed that Rahul sprained his left wrist while batting in the nets during a practice session on Saturday at the Melbourne Cricket Ground.

“KL Rahul sprained his left wrist while batting in the nets at the MCG during Team India’s practice session on Saturday. The wicketkeeper-batsman will not be available for the remaining two Tests of the Border-Gavaskar Trophy as he will need about three weeks’ time to recover completely and regain full strength,” the BCCI wrote in a release.

BCCI also added that Rahul will now return to Bengaluru for further rehabilitation of the injury. India is already missing the services of Mohammed Shami, Ishant Sharma, and Umesh Yadav due to injury while captain Virat Kohli is on paternity leave.

India is on an Australia tour. While the hots won one -day international series by 2-1, India won the T-20 series by 2-1. The third Test begins in Sydney on January 7. The four-Test series is currently tied 1-1.