Kundra’s associate asked for a nude audition, says a model and a starlet 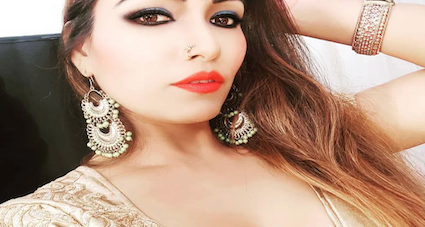 Shilpa Shetty’s husband Raj Kundra’s arrest in the alleged pornography scandal came as shock to many. His arrest has opened a can of worms as new revelations are coming to the fore with each passing day.

Now model Zoya Rathore has made some shocking revelations, claiming that Kundra’s personal assistant and business associate Umesh Kamat called her several times to ask her to work in adult films for the HotShots app.

She said, “He told me that he wanted to give me a big break but with the rider that I would have to give a nude audition on a video call which I refused to do.”

She further added that the producers who approached her gave examples of stars like Radhika Apte, who had shot for the scenes with partial nudity on large platforms like Netflix. She added, “I would turn around and tell them that they are paid in lakhs for those scenes, and here we don’t get money and are getting penalised from all sides. We are just acting and performing in those scenes”.

She revealed that in lockdown when demand for bold web series increased, Mukesh Agarwal, a filmmaker, got in touch with her, and promised to pay her a good amount. She mentioned after this she got several other offers too and not just from Mumbai but also from Singapore.

“It was being produced by Yash Thakur, who apparently lives in Singapore and is not accessible to anyone. But he is the one who has made maximum bold content. I was also offered work by another company, Hothit, who offered payments depending upon what kind of boldness I showed while shooting for their film and had proper papers which stated that they would not ask me to do anything that I am not comfortable doing. They are the first ones to go to jail,” she told the interviewer.

Adding to this she said, it is not just about us (women/girls) but the condition of men is no different. She revealed how their budget ws initially set to Rs 5000 per day but once they are on set, they are told that if they are ready to perform real sex, their budget will go up to Rs 15000.

Meanwhile, she claimed that she is much relaxed now as there are new rules for the OTT content. “My payment has reduced to half of what I got paid, but I am happy to work in this new environment, and I am much relaxed now. I am happy that humein ab bikini se aage kuch nahi utarna padta hai (I am glad that we don’t have to undress beyond a bikini now)”.