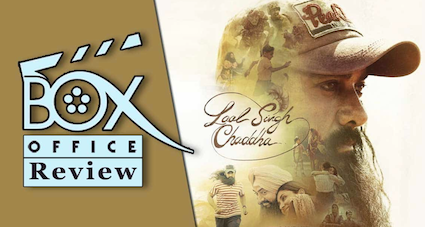 Lal Singh Chaddha has suffered at the Box Office—there can’t be two opinion about it.

You search for its collection on Google and nearly every one admits it had a “worrying opening” and only 15-20% occupancy across India—this when it was a holiday on Friday.

This is India Today: “Laal Singh Chaddha has left fans disappointed after it had a slow start on August 11….(it) recorded a 15-20% occupancy which is a worrying figure for an Aamir Khan film.”

This from Bollywood Hungama: “After a break of four years, Aamir Khan surely would have expected a better theatrical prospects from his drama, Laal Singh Chaddha…It was a very poor show for the film across the board with the national multiplex chains being the saving grace.”

Further, “The opening is worse than the Kabir Khan directorial, 83, and the Farhad Samji film, Bachchhan Paandey, which speaks volumes of how much it underperformed on the opening day. The performance in mass belts was dismissal, to say the least, and given the film reports, we don’t anticipate Laal Singh Chaddha to do any sort of business outside the metros.

“The opening of Laal Singh Chaddha has sent shock waves across the Hindi film industry, and everyone has gone into a state of rethinking and restrategizing. An Aamir Khan film, even in the worst of scenario, should have opened at Rs. 15 crores.”

And this from the biggest movie business reviewer in India, Taran Adarsh:

There was a call to boycott the movie on Social Media and the massive call was primarily based on Hinduphobic comment and rather derogatory portrayal of Indian Army in the movie.

In one of the scene, while rescuing a Pakistani terrorist, Aamir Khan, in the form of his character Lal Singh Chaddha is heard uttering: “Pooja Path to malaria hai. Ye riots karvata hai.”

And then the movie is rather disparaging towards the Indian Army. A low IQ soldier in Forrest Grump”, the original on which Lal Singh Chaddha is based, was a drafted volunteer soldier in the US army. In India though, a soldiers gets his ranks only after going through a massive training, both physical and mental.

This was pointed out by famous ex-international cricketer Monty Panesar who has been extremely critical of the movie. He has given a call to movie-goers to boycott the film.

Comparing Aamir Khan’s portrayal of Laal Singh Chaddha to Tom Hanks’ Forrest Gump, the left arm spinner wrote, “Forrest Gump fits in the US Army because the US was recruiting low IQ men to meet requirements for the Vietnam War. This movie is total disgrace to India Armed Forces Indian Army and Sikhs !! Disrespectful. Disgraceful.”

Further, Panesar listed out the glorious record of Sikh soldiers in the Indian Army.

The boycott call for Lal Singh Chaddha has gathered steam because lately the social media has been busy flushing out the statements of Aamir Khan which according to his critics are ant-India statements. His negative and derogatory portrayal of Hindu gods in his movie PK, to go with his overall political statements in the past, have all contributed in dampening the enthusiasm of the movie among masses.

During the promotions of the film, Aamir had expressed that he is quite nervous about the release of the movie and hasn’t gotten sleep in 48 hours.

It hasn’t helped that the heroine of the movie, Kareena Kapoor, has been rather dismissive of masses’ reaction in run-up to the launch of the movie. In an interview to Barkha Dutt, she said people are free to boycott the movie if they want so. This has been seen as rather arrogance by the film’s stars.

A mob protested against Aamir’s film at a mall in Delhi. Later, the police forces dispersed the protestors. Netizens also made the #BoycottLaalSinghChaddha trend over Twitter.

Even though the next few days are holidays and the movie could still pick up pace but by the looks of it, this movie is a dud—and a big setback to Aamir Khan.

The actor plays the role of a Sikh character in the movie which is the remake of the Academy Award-winning 1994 Hollywood movie ‘Forrest Gump’ starring Tom Hanks.

The Islamic organization Popular Front of India (PFI) had planned to eliminate all BJP and RSS leaders and have one of its own member...