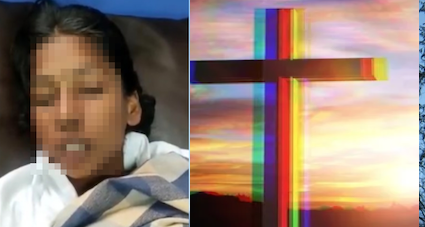 After M Lavanya, a class 12 student in Tamil Nadu’s Thanjavur killed herself after being tortured by her school authorities for refusing to convert to Christianity, hashtag #JusticeForLavanya and #NationWithLavanya topped the Twitter trends.

Lavanya was a student of standard 12th in Sacred Heart Higher Secondary School. She was allegedly forced to convert into Christianity and when she resisted, she was refused permission to return home from the hostel. She was forced to clean toilets and wash dishes, following which she attempted to end her life and eventually succumbed.

The Vishwa Hindu Parishad(VHP), Hindu Munnani and political outfit Indu Makkal Katchi have raised voices for demanding justice to Lavanya and against the proselytization of Hindus.

The VHP state spokesperson Arumuga Kani said, “The Vishwa Hindu Parishad will not rest until justice is given to Lavanya. As a first step, VHP is to hold a hunger strike today (19th January) under the leadership of Thanjavur district secretary Muthuvel. We need to ensure that such incidents don’t happen again. Until then, we will protest.”

Kannada actress Pranitha Subhash took to her official handle and raised serious questions about how religious dogma was being imposed.

Other organisations including Jai Shri Ram Sene Sangathan and Bajrang Dal too staged protest on roads.

It must be noted that the Tamil Nadu state administration has also been trying to avoid any accountability. The state police, in their initial FIR, didn’t mention about the conversion and merely stated that Lavanya attempted suicide because she couldn’t stand the brutality of her warden hostel.

The Madras High Court also slammed the police and asked them to investigate the circumstances rather than harassing the man, who had recorded the victim’s dying declaration.