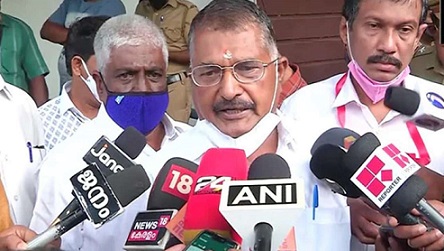 Congress mayoral candidate N Venugopal has lost to the BJP candidate by one vote, in the Kochi Corporation North Island ward in the state’s local body elections.

“It was a sure seat. I can’t say what happened. There was no problem in the party. There was a problem with the voting machine. That may be the reason for BJP’s victory,” Venugopal said.

“I have not decided to go to court with the voting machine issue so far. Will check what happened exactly,” he added.

The counting of votes for local body polls in Kerala is underway at 244 counting centres across the state.

However, CPM-led LDF was in the driver’s seat with wins in more than 500 of the 941 gram panchayats, four of the six corporations, 10 of the 14 district panchayats and 112 of the 152 block panchayats. Only in the case of municipalities has the LDF conceded to the Congress-led UDF.

The BJP had double the number of gram panchayats it holds and has added a municipality to its tally.

Congress appears to be the biggest loser so far.

LDF which was facing the heat due to the gold smuggling case and the involvement of former principal secretary M Sivasankar has come out trumps.