A life lived in flow; not in calculation 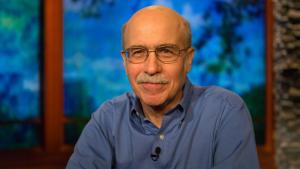 One doesn’t hit upon Thomas M. Engelhardt easily. He has had a remarkable career, a path-breaking one if you must, but it seems almost deliberate that he lies below the radar. He is the co-founder of www.tomdispatch.com, an essential online commentary which is an antidote to mainstream media. He began with the Pacific News Service in the 1970s and for two decades he has been an editor, first in Pantheon Books and now in Metropolitan Books. His 1995 book “The End of Victory Culture: Cold War America and the Disillusioning of a Generation” is a highly-praised non-fiction work but then he wrote a novel, the “Last Days of Publishing” which is a tribute to his affection for editing a written word. It is this passion for sprucing up, nick-and-tuck ability of his, which has helped a hundred talented, honest voices to bloom forth in the narrow space of dissent. His website has voices such as those of Rebecca Solnit, Bill McKibben, Jonathan Schell, Fatima Bhutto, John Dower, Mark Davis and Nick Turse. Celebrated names such as Noam Chomsky, Chalmers Johnson, Pepe Escobar all choose tomdispatch.com to express themselves.

The scope and breadth of his interests show a life lived in flow and not in calculation. He graduated from Yale University and submitted himself to study of Chinese history. His masters’ degree was from Harvard University in East Asian Studies. He founded a Committee of Concerned Asian Scholars and put up a draft resistance movement in opposition to the American war in Vietnam. Such activities turned him into a printer. He moved to Berkeley, California and began writing in opposition to the war. Soon, He was, as he later put it, “a journalist and an editor.” Among the many hats he wears, one is that of a teacher at the Graduate School of Journalism at the University of California, Berkeley.  He describes his website, www.tomdispatch.com,  supported by The Nation Institute as the “sideline that ate his life.”

His views on words and books are interesting: “We get so used to reading we don’t think of what’s involved, but it’s an incredibly labour-intensive activity. It just can’t be a mass phenomenon like turning on the TV. I’m a TV watcher, and even a sitcom you’ve got to watch a few times to get the rhythm, but with each book, except a series, you have to break the code. It might take a page or 300 pages, but you’ve got to literally break a code to get in; it’s very labour-intensive. It makes it hard for books to compete in a certain way in this world.”

Engelhardt presently is involved in Metropolitan Books’ The American Empire Project. The project, as the site www.theamericanempireproject.com states, invites argument-driven books by world’s leading writers and thinkers on the imperial ambitions of world’s sole superpower.

“Americans have long believed that the very notion of empire is an offense against our democratic heritage, yet in recent months, these two words—American empire—has been on everyone’s lips. At this moment of unprecedented economic and military strength, the leaders of the United States have embraced imperial ambitions openly.

“The project…will mount an immodest challenge to the fateful exercise of empire-building and to explore every facet of the developing American imperium, while suggesting alternative ways of thinking about, confronting, and acting in a new American century.”

Engelhardt has also published a collection of his TomDispatch interviews, “Mission Unaccomplished.”