Lockdown had failed to bring down pollution in Delhi: How about now? 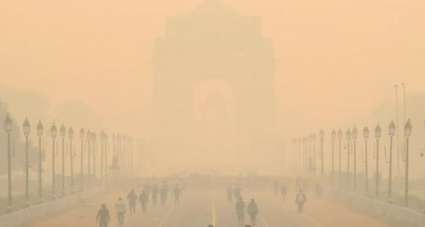 The lockdown imposed on account of the second wave of Covid-19 was not as effective in bringing down the pollution levels in the national capital as it was last year, according to a report conducted by the Centre for Science and Environment (CSE).

This of course is in reference to last year and it remains to be seen what the verdict is on lockdown in terms of its effect on pollution in the Capital.

The report added that meteorology and increased traffic intensity would be responsible for this trend, but it is also important to highlight the weakening of pollution control measures and efforts in the city.

The CSE also stated that the because of shorter duration of the lockdown the pollutant levels did not fall down as low as summer 2020.

The CSE analysis also showed that there were 27 “very poor” days in terms of air quality this February-March compared to 17 in 2020 and 12 in 2019. The hourly cycle of Nitrogen Dioxide (NO2) was 29 percent higher during the 2021 lockdown compared to the lockdown imposed last year.

Avikal Somvanshi, program manager in CSE’s urban lab team of the sustainable cities program also mentioned that “The key highlight is that during spring time, January to March, when pollution level begins to subside after winter, PM2.5 this year has recorded the highest seasonal levels compared to the corresponding period in preceding years, including 2019 which was a normal year.”