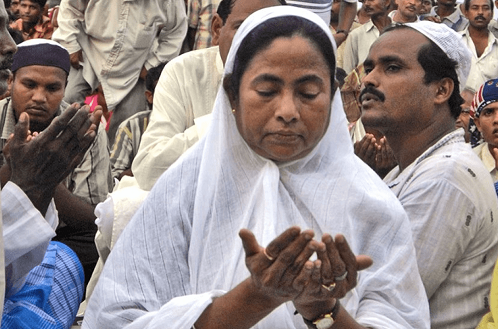 It is difficult to avoid the conclusion that the new lockdown dates in West Bengal, under the chief ministership of Mamata Banerjee, seem to fit the mosaic of communal binary.

Mamata has named August 5, 16, 17, 23, 24 and 31 as the dates on which there would be a complete lockdown in the state in the month of August, exempting August 1 since Bakra Eid, a religious festival of utmost importance to Muslims, falls on the day.

“we will not do any lockdown this week because of Bakra Eid,” Mamata Banerjee announced on the occasion.

This could’ve been attributed to sensibility for minorities on the part of ruling Trinamool Congress government in West Bengal but for the fact that none of the Fridays in the month of August too have been subjected to lockdown. It’s the day when devout Muslims offer weekly prayers in, preferably, congregations.

Earlier, Mamata had also announced complete lockdown in the state on August 2 and 9 too but late in the day she withdrew these two days from the list. The state government has said it’s due to festivals though it wasn’t immediately clear which festivals are in reference here.

The lockdown dates appear an arbitrary selection since it’s a mix of Mondays, Wednesdays, Saturdays and Sundays. As said, no Friday is subjected to lockdown.

Mamata, who is being perceived as the chief minister who goes an extra mile on Muslims, interestingly has put a total lockdown on August 5 when the Ram Temple “Bhoomi Poojan” would be held in Ayodhya, Uttar Pradesh. This is a moment for which Hindus have waited for centuries but the restrictions by the West Bengal government would ensure that there are no street celebrations by sizeable Hindu population in the state.

This is only Wednesday in August which is under complete lockdown. Why the state government feels the day is hazardous for Coronavirus and not other Wednesdays isn’t clear.

Though Hindus are almost twice the number of Muslims in the state, the latter have grown strikingly since independence. From 19-odd percent in 1951, the Muslim population is said to be 35 percent in the state at the moment.

Appeasement of Muslims also seems to be in works in Maharashtra where chief minister Uddhav Thackeray is set to relax the restrictions on Muslims on the eve of Bakra Eid.

As per reports, Thackeray had earlier given a call for symbolic sacrifice of animals but following pressure from Muslim leaders, is set to withdraw the restrictions.

Now, as per Times Now, the Maharashtra government would now allow the adherents to sacrifice the goats. A decision in this regard would be announced soon.