Lol! Kashyap allegedly had his account sealed under UPA too: No outrage then by Liberals 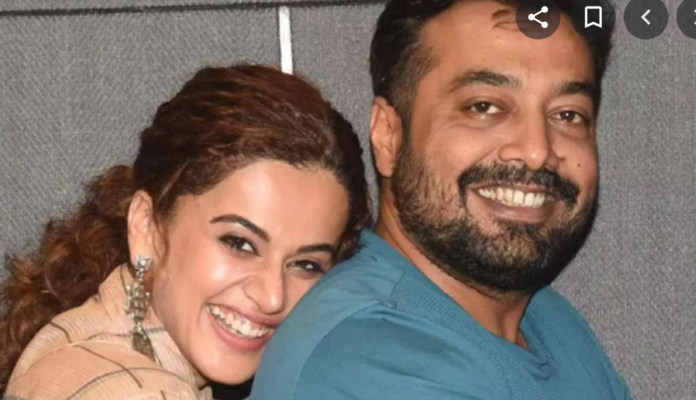 Congress, Liberals and Opposition are up in arms against the Modi government after Income Tax raids were conducted on film-maker Anurag Kashyap and actress Taapsee Pannu, accusing that it was an attempt to silence the voices who are in dissent against the present ruling dispensation.

Guess what. It has now emerged that Congress itself during its UPA regime had charged Anurag Kashyap for evading service tax in 2013!

OpIndia has brought this to light, mentioning that the Service Tax department had then charged Anurag Kashyap guilty for evasion of tax worth Rs. 55 lakh. His accounts were also sealed as he had failed to appear before the officials despite several summons.

Now first see how Liberals reacted to the raids on Kashyap and Pannu on Thursday. First Prashant Bhushan.

Now look at how Vir Sanghvi has reacted.

At some point this strategy will stop working.
People will not be scared. They will still speak the truth.

BJP knew Anurag Kashyap will speak against Modi in 2021, so started harassing him from 2013 itself. https://t.co/hLhkYpbGqG

Rahul Kumar also asserted that Anurag Kashyap was a ‘habitual offender in tax evasion cases and noted that under the UPA government his accounts were sealed in 2013.

So #TaxChor Anurag Kashyap is a habitual offender!! His bank accounts had been sealed even in 2013 by the Congress govt. Did anyone cry vendetta back then?? #TaxChor pic.twitter.com/3Zn9eifmR3

During its raid on not on Kashyap and Pannu, the IT officials found there was discrepancy in the income to the tune of Rs 600 crores.  The raids were also carried out against filmmakers Vikas Behl, Madhu Mantena, and several others.

The IT sleuths had also found evidence of cash receipts by the actress, presumably Taapsee Pannu, to the tune of Rs 5 crores.