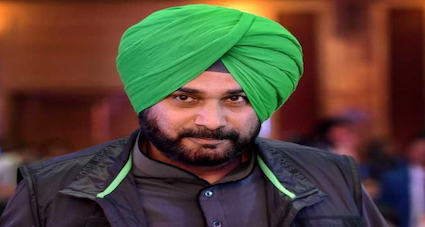 This bill pertains to his residence located in Bhagwan Singh Holy City area of Amritsar. His last bill payment of Rs 10 lakh was made on March 26, 2021.

The photographs purportedly of his pending electricity bill started making rounds on social media soon after the Congress leader tweeted the fix for the power woes plaguing the Punjab government.

On Friday, in a long Twitter thread, Sidhu suggested that Punjab should stop depending on private thermal plants and buy power from the national grid to reduce the cost of electricity in the state.

Navjot Singh Sidhu claimed that it was possible to supply uninterrupted electricity for 24 hours to the people of Punjab. He claimed, “There is No need for Power-Cuts in Punjab or for the Chief Minister to regulate office timings or AC use of the Common People…”

“If we Act in the right direction…Punjab is buying Power at an average cost of Rs. 4.54 per unit, National Average is Rs. 3.85 per unit & Chandigarh is paying Rs. 3.44 per unit.” He added that Punjab is over-dependent on 3 privately owned Thermal plants, which charged between â‚¹5 – â‚¹8 per unit,” he clarified

In another tweet, Sidhu had suggested a law to nullify the power purchase agreements (PPAs) signed during the tenure of the previous Shiromani Akali Dal and Bharatiya Janata Party government.

The Congress leader urged the Punjab government to bring in a legislative measure retrospectively and cap purchase costs to protect the taxpayer’s money. “Punjab’s revenue per unit of consumption is one of the lowest in India, due to gross mismanagement of the complete power purchase & supply system … PSPCL pays Rs. 0.18 per unit “Extra” on every unit supplied, even after receiving over 9000 Crore in Subsidy from the State”

Meanwhile, PSPCL officials have refused to comment on why Sidhu’s power connection had not been disconnected as per law. Navjot Singh Sidhu was not available for comment.