Mamata Banerjee: Another judge recuses himself but not before slapping a Rs 5 lakh fine 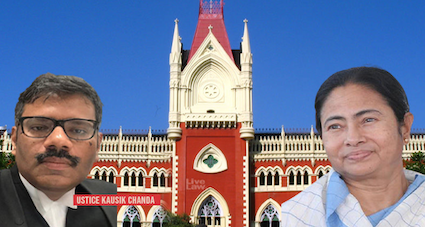 The Calcutta High Court on Wednesday imposed a fine of Rs 5 lakh on West Bengal Chief Minister Mamata Banerjee who had appealed to the court to remove Justice Kaushik Chanda from hearing her case against Bharatiya Janata Party leader Suvendu Adhikari’s election win in Nandigram.

Mamata Banerjee’s counsel had appealed for transfer of the case from Justice Kaushik Chanda’s bench citing bias as they claimed that Justice Chanda has often been seen with BJP leaders.

The application of the Trinamool Congress (TMC) supremo was rejected by Justice Chanda himself. He, however, decided to step away from the case on his own personal discretion and released the case from his bench.

“If a person appears for a political party, it is uncommon but he lays aside his bias while hearing a case. In this case, pecuniary interest does not arise,” said Justice Kaushik Chanda.

He further said, “A deliberate and absolute attempt was made to affect my decision even before the case was heard.”

“It is preposterous to suggest that a judge who has an association with a political party for a case. A judge cannot be seen to be biased because of the litigant’s view,” the judge said.

Justice Kaushik Chanda said that he is unable to convince himself that there is a “conflict of interest”. However, he still recused himself from the case so that “trouble-mongers” don’t get an opportunity to keep the controversy alive.

“It will be contrary to the interests of justice if such an unwarranted problem continues along with trial,” he added while stepping away from the case.