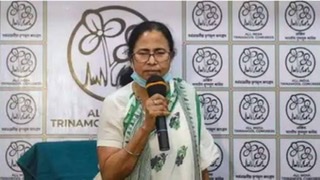 It’s been claimed that the Bharatiya Janata Party would field all its top leaders in the forthcoming assembly polls in Bengal against the Trinamool Congress.

As per RepublicWorld, BJP leaders like Dilip Ghosh, Mukul Roy and Suvendu Adhikari are among those who would contest elections from high stake seats against Mamata Banerjee’s party.

It has reportedly been decided in the BJP’s Central Election Committee. It came out of deliberations between the prime minister Narendra Modi, Home Minister Amit Shah and party president J P Nadda along with other members at the BJP headquarters in New Delhi.

Chief Minister Mamata Banerjee and her former confidant and now BJP leader Suvendu Adhikari would likely square off against her in the Nandigram seat.

Meanwhile Mamata Banerjee has announced the candidate list of her party and said it will contest 291 seats in the upcoming Assembly elections. She also claimed that she will contest only from Nandigram seat in East Midnapore district, and not from Bhowanipore.

However there is more to it. Apparently she has kept the option of contesting from Tollygunge open. In the presser she slipped in–“I may contest too”–While announcing Arup Biswas’s name for the seat!

“Today, we are releasing a list of 291 candidates which includes 50 women, 42 Muslim candidates. On 3 seats of north Bengal, we not putting up our candidates. I will contest from Nandigram,” Mamata Banerjee said. The TMC chief said that from Bhowanipore constituency, Sobhandeb Chattopadhyay will be contesting.