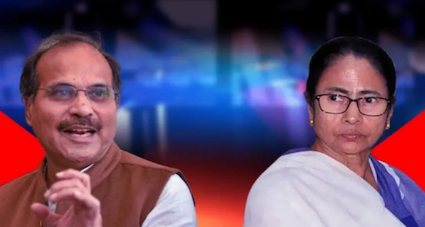 Reacting to West Bengal chief minister Mamata Banerjee’s “there is no UPA” remark, the president of the West Bengal Congress Committee (WBCC), Adhir Ranjan Chowdhury called her her “oxygen supplier” of Bharatiya Janta Party He said Banerjee “wants to break and weaken” the Congress as well as the opposition by becoming Prime Minister Narendra Modi’s “informer.”

Chowdhury explicitly targeted Banerjee and said that while 20 percent of popular vote is with their party, Trinamool Congress has only four percent popular vote.

“Can you fight Modi without this share of 20 percent votes? She wants to break and weaken Congress and Opposition by becoming PM Modi’s informer,” he said.

“She doesn’t know how to respect the national anthem. Congress is a national party and that is how it approaches issues in different states,” he was quoted saying.