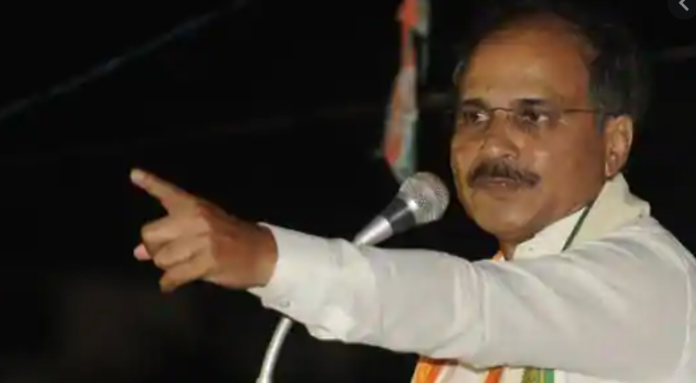 “Mamata Banerjee has understood that she will face defeat. She has written a long letter to Sonia Gandhi, seeking her help. In the letter, the Trinamool Congress chief has sought help from the Congress to stop the BJP from coming to power in Bengal,” he said while addressing a public rally in Murshidabad district

A few days back Mamata Banerjee had written to Sonia Gandhi apart from nine other Opposition leaders to get together and take on the BJP after the polls are over.

In Bengal, Congress is fighting the elections in the company of Left Front and Indian Secular Front of Furfura cleric Peerzada Abbas Siddiqui.

Earlier, the Congress leader, during his interaction with media-persons, has stated that Banerjee has realised that she is ‘losing Nandigram’, hence she was touring the polling booths for hours during the second phase of elections, alleging voter suppression. He said she has followed a wrong strategy for her own campaign and “by remaining stuck at Nandigram, she has conceded defeat- it was a strategic mistake, tactical mistake.”

The West Bengal elections witnessed high-intensity drama in the assembly constituency of Nandigram on April 1 as CM Mamata contested against her former ministerial colleague Suvendu Adhikari in the battle for prestige.

Elections to the West Bengal assembly are being held in eight phases with the final phase slated for  April 29. The result will be declared on May 2.