Mamata must win a seat by November to remain CM: Time is ticking 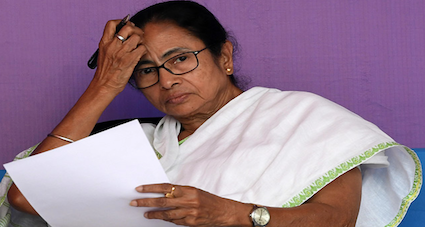 Bengal chief minister Mamata Banerjee must get elected as a Member of the Legislative Assembly (MLA) before November 2, 2021 or she would have to step down from her chair.

At least that’s the summarize one gets if the reason forwarded by Uttarakhand chief minister Tirath Singh Rawat is accepted on face value. Rawat said that he had put in his papers to avoid a constitutional crisis as he had three months to get elected to the state assembly while the Election Commission doesn’t seem inclined for bypoll elections given the pandemic situation in the country.

Mamata Banerjee, it must be recalled, had lost her face-to-face battle with Suvendu Adhikari in Nandigram during the recent assembly polls and has gone to courts challenging the verdict. Just to ensure an option, she could also contest from Bhawanipore in by polls since the sitting MLA Sobhandeb Chattopadhyay has resigned to pave way for her.

Just this week the Trinamool Congress had urged the Election Commission to conduct by-elections to six assembly seats vacant at the earliest. It has also given the assurance that all Covid-19 protocols would be adhered to in the process. Mamata Banerjee herself has said that her government could hold by-elections in a matter of a week as the Covid-19 situation in the country is presently “under control.”

West Bengal reported nearly 1400 cases on Saturday which doesn’t compare very well with Uttar Pradesh who despite being two and a half times more populous that Bengal, reported just 111 cases.

Overall Bengal has reported 15 lakh plus cases during the present pandemic with 17,779 deaths.

As a related news, it must be recalled that the polls were countermanded in Jangipur and Samserganj in Bengal following the death of RSP’s Pradip Nandi and Congress’ Rezaul Haque due to Covid-19.

Three other seats are lying vacant as Gosaba MLA Jayanta Naskar passed away and the winning BJP candidates from Dinhata and Santipur have chosen to retain their Lok Sabha seats.