Mamata’s story on orphans in Bengal is rubbished by SC 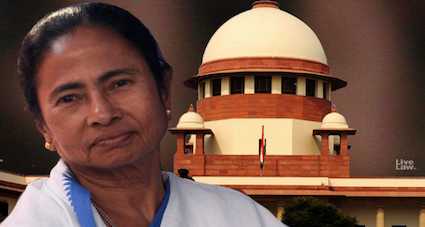 The Supreme Court pulled up Mamata Banerjee-led government in West Bengal for presenting misleading data on the number of children orphaned in the pandemic.

In the National Commission for Protection of Child Rights ( NCPCR) data, the Bengal government had mentioned that only 27 children had been orphaned in the entire state.

However, the two-judge bench headed by Justice L Nageswara Rao slammed the government and said, “You see the figures in other states. It’s not like there was no Covid in your state. We are not inclined to believe these figures. We don’t understand how the state does not understand what is to be done.”

The apex court also mentioned that this is a matter of children’s welfare and could not be seen as a political issue.

When the advocate appearing for Bengal reiterated that the process is still undergoing, Justice Rao shot back: “Do not make irresponsible statements and do not give excuses. Understand the urgency of the situation. Orphans are left to fend for themselves. It is your duty to protect them not ours. We ensure children get their rights.”

Not only Bengal, but the Supreme Court also pulled up the Punjab government, saying the figures don’t seem to be correct.

“You have to come up with ways to get information at the grassroots level. Can’t only rely on information about children produced before CWCs at the district level,” the Supreme Court told Punjab.

It also directed the Secretary of the state’s Women and Child Development and Social Welfare departments to file an affidavit on steps taken to upload these figures on Bal Swaraj website.

In May, the Union Minister for Women and Child Development Smriti Irani said 577 children across the country had been orphaned by Covid between April 1 and May 25. Later, based on the data provided by state and union territory governments, she revised the numbers and informed that 645 children had been orphaned.