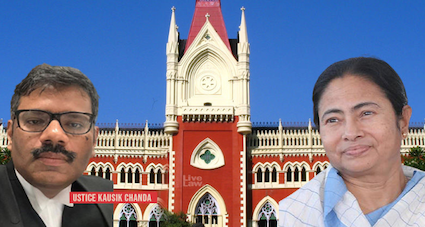 Kaushik Chanda, an Additional Judge of the Calcutta High Court who was in crosshairs with West Bengal Chief Minister Mamata Banerjee over his alleged proximity to the Bharatiya Janata Party, has been elevated and appointed as a permanent judge by the Supreme Court.

However, he recused himself from hearing a petition after Banerjee expressed apprehension of bias against her by the judge but also imposed a cost of Rs 5 lakhs on Banerjee for portraying the judiciary in a bad light.

He had noted in the order that Banerjee sought his recusal “since she apprehends that her objection against my confirmation as a Permanent Judge of this court is known to me.”

He had noted that, like any other citizen of the country, a judge also exercises his voting rights in favour of a political party, but he lays aside his predilection while deciding a case.

“The past association of a judge with a political party by itself cannot form apprehension of bias,” he had added.

“This proposition, if allowed to be accepted, would be destructive to the long-lived and deep-rooted notion of neutrality associated with the justice delivery system and lead to the unfair practice of Bench hunting to resist a fair adjudication by an unscrupulous litigant,” Justice Chanda observed.