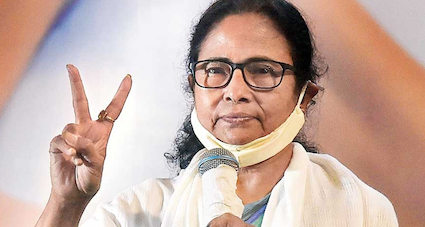 Mamata Banerjee has won the bypoll contest in Bhabanipur against BJP’s Priyanka Tibrewal, as per RepublicWorld,  and as per the latest announcement by the Election Commission, was leading by 52,000 votes.

Election Commission has written to West Bengal Govt, asking it to ensure that no victory celebration/procession takes place during or after the counting of votes for by-elections; asks it to take all necessary steps to ensure that post-poll violence doesn’t happen.

It means that Mamata Banerjee would stay as chief minister of West Bengal. She had lost the assembly polls to her former aide and BJP leader Suvendu Adhikari earlier this year.