‘March to Islamabad’: Beginning of end of Imran Khan? 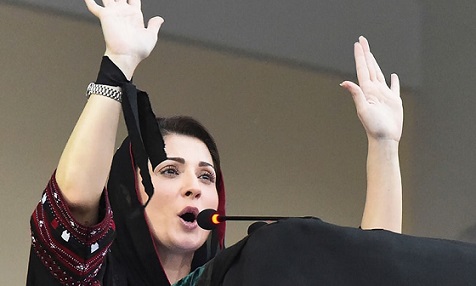 Pakistan’s premier Imran Khan faces his biggest test yet as 11 leaders of Pakistan’s top opposition parties have joined forces against the Pakistan military for rigging the 2018 elections.

The Opposition leaders have formed the Pakistan Democratic Movement to launch three-phased anti-government movement. It would hold countrywide public meetings, protest demonstrations and rallies before a “decisive long march” towards Islamabad in January 2021.

The Opposition has announced it would use “all political and democratic options, including no-confidence motions and mass resignations from the Parliament to seek the selected prime minister’s resignation and end to the role of the military establishment in politics.”

Apart from this Opposition alliance, Pakistan’s two main parties, the Pakistan People’s Party (PPP) and the Pakistan Muslim League Nawaz (PML-N) have also been openly criticizing the role of military in Pakistan politics.

It all began when former Pakistan prime minister Nawaz Sharif expose where he highlighted the military establishment’s interference in the democractic process, alleging the presence of a “parallel government” that was more powerful than the elected one. He also alleged that Imran Khan was brought to power by the military.

After Sharif, PPP chairman Bilawal Bhutto Zardari repeated the same allegations: “Such things were never witnessed even in dictatorships of General Zia and Gen Musharraf”. He has also warned of “strong reaction” from his party including a “siege of Islamabad” if upcoming elections in Gilgit-Baltistan saw any interference.

“I wonder how you deploy a soldier inside and another outside the polling station. That was so strange. Even if you (military establishment) have done something wrong or not, you would be blamed either way. This should not happen,” said Zardari.

Pakistan plans to hold elections occupied Gilgit and Baltistan on November 15 and it has led to a strong backlash from India claiming it was an integral Indian territory.

Meanwhile, Lahore police has filed a FIR against Nawaz Sharif and his daughter Maryam and other top leaders for “conspiring against the institutions of the army and judiciary, and inciting people against them.”