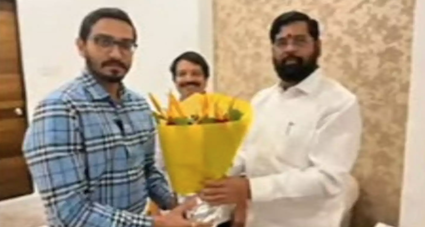 Nihar’s father, late Bindumadhav Thackeray was the eldest son of late Balasaheb Thackeray. A filmmaker, he died in an unfortunate accident in 1996. While Nihar Thackeray, a lawyer, is not active in politics, his support to the Eknath Shinde camp is being viewed as a symbolic gesture as it comes from someone within the Thackeray family.