“Maurya’s skeletons in closet could be revealed” 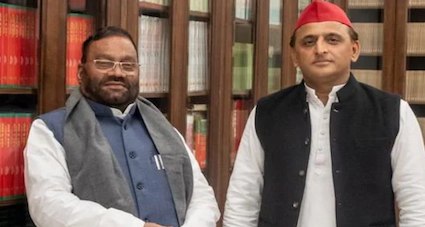 Bharatiya Janata Party spokesperson Anila Singh threatened rebel leader Swami Prasad Maurya that ‘the skeletons in his closet’ may be revealed if he joined the Samajwadi Party (SP).

According to a report, sources have revealed  that Akhilesh Yadav’s party has promised to give a ticket to Maurya’s son Ashok from Unchahar in the upcoming assembly elections in Uttar Pradesh

Meanwhile, after three other BJP lawmakers quitting and at least a dozen others could resign anytime, the BJP high command promptly directed the party’s OBC state BJP chief Swatantra Dev and state general secretary (organization) Sunil Bansal to talk to and placate all disgruntled leaders.