Mayawati asks her 6 MLAs to vote against Gehlot in Rajasthan 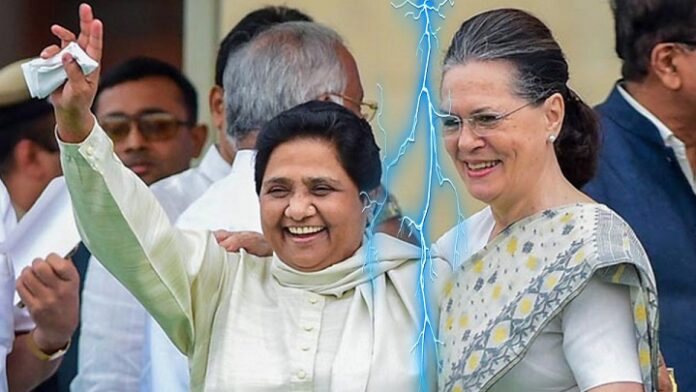 This is something which the Rajasthan chief minister Ashok Gehlot wouldn’t have bargained for. The Bahujan Samaj Party (BSP) supremo Mayawati has decided to take the Congress to court.

Addressing the press today, Mayawati said that six MLAs of her party had given unconditional support to the Congress after the assembly elections in 2018. But Gehlot betrayed the party and engineered the merger of 6 MLAs into Congress party.

Now Mayawati has instructed her 6 MLAs to vote against the Congress in any proceedings which take place in Rajasthan Assembly now. She has warned them that if they fail to comply, the would be ousted from the party and their party membership would be cancelled.

In a series of tweets, Mayawati has demanded that President’s Rule be imposed in Rajasthan. She has blasted Gehlot for flagrantly violating the anti-defection laws. She has also alleged that Gehlot has illegally and unconstitutionally authorized phone-tapping of his opponents.

This is a new twist in the tale of Rajasthan which began with the revolt of deputy chief minister Sachin Pilot who was subsequently stripped of his post and his next move is awaited. Since then, the Gehlot government has accused of state governor Kalraj Mishra of not allowing the assembly session to resume. Incidentally, Mishra has won the approval of courts.