Me traitor? Scindia shows Congress to be traitors of people 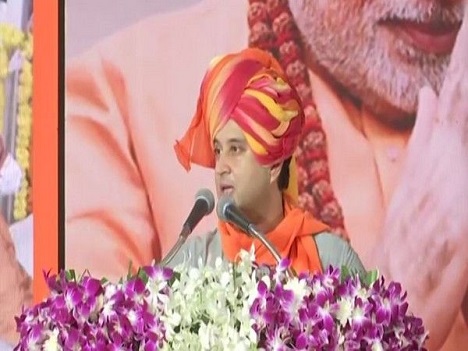 Former Congressman and once Union minister Jyotiraditya Scindia has hit out at his erstwhile party for betraying the mandate of people, including the farmers, women and youth in Madhya Pradesh.

“Today, they (Congress) say that Jyotiraditya Scindia is a traitor. My question to them is that they had promised that within 10 days they will waive off the loans of the farmers but why did that not materialise? It is the party that has betrayed the trust of farmers, they are not just unfaithful but they are traitors,” Scindia said while addressing a publc meeting in Indore.

He then posed a question to Congress on their promised scheme of unemployment allowance of Rs 4,000 per month to the youth. “Where did that promise vanish?” he asked.  He quoted in the same breath how his present party BJP, under chief minister Shivraj Singh Chouhan, was giving Rs 25,000 under Kanyadaan Yojana.

Assembly by-polls are due on 28 seats in Madhya Pradesh which fell vacant following the resignation of 24 Congress MLAs and death of two legislators.

In March, Scindia had resigned from the state assembly along with 22 Congress MLAS which led to the fall of the Kamal Nath government. It paved the way for Shivraj Singh Chouhan to return as the chief minister of the state for the fourth time.