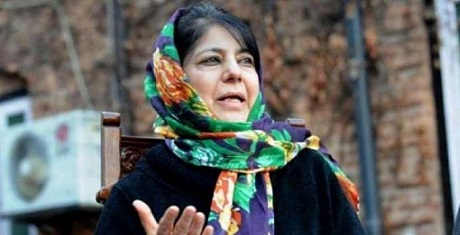 People’s Democratic Party (PDP) chief Mehbooba Mufti purchased bedsheets worth Rs 18 lakh, through two bills, for furnishing her official residence when she was Chief Minister of Jammu and Kashmir. She held the top executive post in the then state from April 2016 to June 18, 2018, when the BJP withdrew support to her coalition government.

These details have come out into public domain in response to a Right To Information (RTI) application filed by activist Inam ul Nabi Saudagar. The RTI application had been filed to get details regarding expenses on furnishing the CM residence by Hospitality and Protocol Department.

Some details have also been provided about purchase of household goods like blankets, kitchen items and heaters etc have also been provided as requested by the RTI applicant. Interestingly, on June 21, 2018, LED TV worth Rs 21.98 lakh and on June 23, 2018, vacuum cleaner worth Rs 1.15 lakh was purchased. She had resigned from the CM’s post on June 19, 2018, days before some purchases were made.