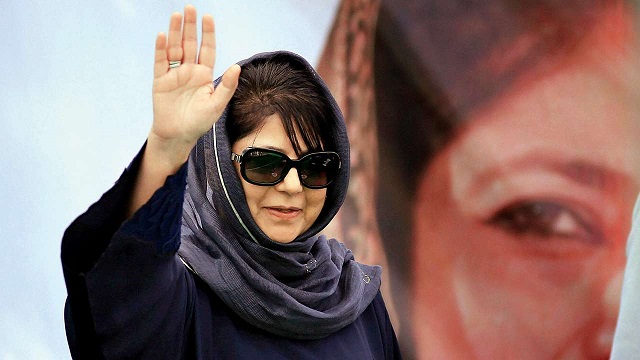 (This is the second piece on a special series on Jammu & Kashmir. The first one could be read here).

The People’s Democratic Party (PDP) has claimed that the roadmap formulated by it still “held the key to peace and stability” in the subcontinent. “From emerging as a political regional alternative to standing the testing of times, PDP has, in the last 21 years dedicated itself to the service of people, who are the core and fundamental interest of the party,” a press release sent by the party to media in Jammu said.

Incidentally, it was meant to give details regarding the foundation day celebrations organised by the party this week. The release also made a reference to the vision of founder late Mufti Mohammad Sayeed which had led to the party being created in the first place.

The release referred to leaders who paid tributes to the visionary Mufti. However, there was not a single name in it and that perhaps tells us a thing or two about the steep fall in PDP fortunes in the last two years.

It bears mention here that the BJP had pulled down Mehbooba Mufti from the post of chief minister by walking out of coalition in June 2018. From that day, it has been an uninterrupted slide to oblivion for the party.

It is worthwhile here to recall the names of some frontline leaders who have left the party over the last three years. The names of veterans like Altaf Bukhari, Haseeb Drabu, Imran Reza Ansari, Dilawar Mir, Javed Beigh, Basharat Bukhari and several other legislators readily come to mind.

Naeem Akhtar and Sartaj Madni are only two main leaders one can immediately recall when one thinks about those still left in Mehbooba’s party. Of course, Mehbooba’s own daughter, Iltija Mufti, runs her mother’s Twitter handle and has become something of a mini-celebrity in that role.

Tassaduq Mufti had joined his sister Mehbooba after their father Mufti Sayeed’s death in January 2017. He was given tourism portfolio and had virtually became a new power centre. This created strong resentment in the party as led to many veterans leaving it in due course of time.

Founded on July 28, 1999, the PDP had come to power with only 16 MLAs in 2002 assembly elections. The National Conference (NC) had 28 MLAs and the Congress 20 in that election. Mufti has led a coalition government at that time, with Ghulam Nabi Azad replacing him as CM of J&K in November 2005.

Nine years later, in 2014 assembly elections, the PDP had won 28 seats and formed a coalition government with the BJP which had 25 MLAs. From day one, or rather the first hour of Mufti Mohammad Sayeed becoming the CM, the PDP and the BJP were very uncomfortable partners in this power-sharing arrangement. Yet, so long as Mufti Sayeed remained alive, he was able to steer the government somehow.

In the first quarter of 2017, Mehbooba became the CM and is generally blamed for ruffling too many feathers, both in PDP and the BJP. She has been incarcerated since the scrapping of Article 35 A in August 2019. However, the exodus of most senior leaders from the party may make revival of its fortunes a daunting task for her in future.

It is a reflection of changed times that the press release on foundation day celebrations was carried by some Jammu-based newspapers. In leading English newspapers and some in Urdu, published from Srinagar, there was no mention of PDP anywhere.

A couple of days ago, Nizamuddin Bhat, a former legislator of PDP, quoted Kashmiri poet Mehjoor on “Azadi and the Eid” in a Facebook post:

It is with these happy blessings,

…. there is a mourning in every house.

One is not sure about mourning “in every house”, but it can safely be said that each PDP worker seems in mourning. This period is unlikely to be over any day soon.