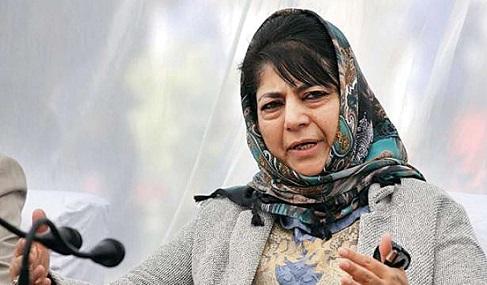 Differences over seat sharing in the fourth District Development Council (DDC) elections threaten to queer the pitch for the People’s Alliance for Democratic Alliance (PAGD). The first, and in fact the only party, to express its dissatisfaction is the Mehbooba Mufti-led People’s Democratic Party (PDP). In Budgam district, out of 14 DDC segments, it was allocated only one seat.

Party leader Ghulam Nabi Lone has said his party expected to be allotted two seats in the district. That perhaps indicates the extent of downslide the PDP has suffered over the last couple of years, with over a dozen former MLAs leaving it. Several former ministers, and MLCs, have also left it with party getting hollowed out from within.

As compared to the PDP, the National Conference (NC), led by father-son duo of Farooq Abdullah and Omar Abdullah, has seen almost zero desertions over the same period. Some senior PDP leaders actually joined the NC after leaving Mehbooba, strengthening it further. Several other former PDP leaders are now in other parties which are constituents of the PAGD which was formed on October 15.

Incidentally, PDP had won 28/87 legislative assembly seats in 2014 and emerged as numero uno. However, our of these 28, perhaps less than 10 are now left with the party.

This progressive unabated weakening of PDP is something that forced Mehbooba to say that her party was not interested in any elections. Non participation in any electoral exercise could have helped her conceal the warts in the PDP. Now, all over the Union Territory (UT), her party is being given less weightage by the PAGD partners. Most gains at PDP’s expense have accrued to the NC, its bete noire and rival.

The party has now said that it will go alone in Budgam district, putting up more candidates. However, it has stressed that it continues to be a part of the PAGD, sworn to work for the restoration of “special status” of J&K. Ironically, so long as Article 35 A and 370 were around, no Block Development Council (BDC) or DDC elections were ever held in J&K.

On Saturday (November 28), some DDC segments will see polling and it is just the first round, with seven more to go. It seems that as these polls progress, the PDP may learn to its chagrin that other PAGD allies have little respect for it. The unravelling of this artificial alliance may have just begun in Budgam with nine more districts to follow.