Mehul Choksi, now nabbed in Dominica, will be repatriated to India 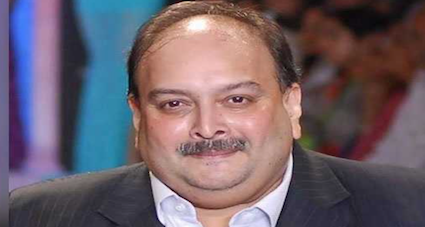 The financial scam-accused Mehul Choksi, who was held by the Criminal Investigation Department (CID) in Dominica after he went missing in Antigua and Barbuda, will be repatriated to India. Antigua and Barbuda Prime Minister Gaston Browne has explicitly said that Antigua would not accept him back.

Speaking to a news channel, Browne said as Choksi does not enjoy any constitutional protections in Dominica thus will be handed back to the Indian government.

“Well, he had the constitutional protections associated with citizenship that’s why we could not have acted. If he was not a citizen of Antigua and Barbuda, we would have made him persona non-grata and repatriated him a long time ago. But we had to respect these constitutional protections. Now that he is in a country where he doesn’t enjoy those protections, I am pretty sure that they now have the authority to make him persona non grata and repatriate him back to India.” he said.

He further said that he had asked Dominica to declare Mehul Choksi persona non grata and repatriate the fugitive to India.

The senior government official informed that they are in constant touch “with authorities in Dominica to get him repatriated to India. He is not a citizen there so he can be deported quickly.”

Choksi has sought refuge in Antigua after allegedly cheating Punjab National Bank of â‚¹13,578 crores along with his nephew Nirav Modi. he later went missing. He was taken into custody by the authorities of Dominica, where he was captured trying to flee.