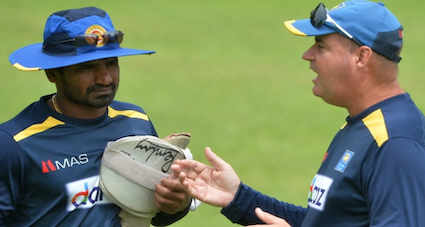 “Mickey Arthur told his players to stop using social media, but he should rather focus on making and executing the right plans for the opposition.

“This is the age of social media and in a biosecure bubble, players will use it for sure. What are you doing as a coach? What have you delivered?” Kaneria said on his YouTube channel after Sri Lanka was drubbed by India in the first T20 international in Sri Lanka by 38 runs.

Kaneria said Arthur was a disaster in every team he has coached till date.

“You need to groom this young team and not get angry at them after a loss. Stop giving them vague suggestions. Whichever team he has coached, its performance has declined,” Danish Kaneria stated.

Kaneria ended his video by rating India as one of the top contenders for this year’s T20 World Cup.

“If this Indian team keeps on performing and executing their skills like this, and if there is a combination of this new-look team and the main team in England, then the opposition will be under serious pressure. This team is certainly a huge contender in the T20 World Cup,” Kaneria concluded.