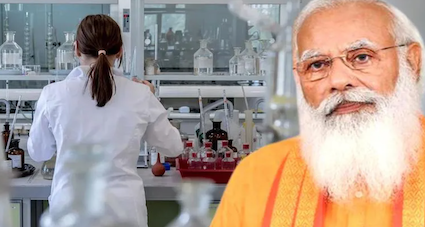 Addressing the public meeting in Siddarthnagar, PM Modi said, “With the inauguration of 9 new medical colleges, about two and a half thousand new beds have been created. Also, new employment opportunities have been created for more than five thousand doctors and paramedics. With this, a new path of medical education has been opened for hundreds of youth every year.”

“Earlier govt has left people of ‘Purvanchal’ to suffer from diseases but now it will become a medical hub of Northern India,” PM Modi added.

UP Governor Anandiben Patel and Union Health Minister Mansukh Mandaviya were also present during the event.

Out of these, while eight medical colleges have been sanctioned under a Centrally sponsored scheme for the establishment of new medical colleges attached with district or referral hospitals, the one at Jaunpur has been made functional by the state government.

The new medical college will increase as many as 700 MBBS in this academic session in Uttar Pradesh.

“Today, the people of UP are also seeing that under Yogi’s governance, the progress of encephalitis has been stopped and saved the lives of thousands of children of this area”.

Attacking the previous governments that ruled in the country, he also mentioned that “People who ran the country for years never bothered to invest in healthcare infrastructure.”

Apart from that, PM Modi launched the Ayushman Bharat Health Infrastructure Mission in his parliamentary constituency Varanasi. The objective of the mission is to fill gaps in public health infrastructure, especially in critical care facilities and primary care in both urban and rural areas.