Modi is unlikely to have missed one solitary voice which stood apart in the meeting: J & K 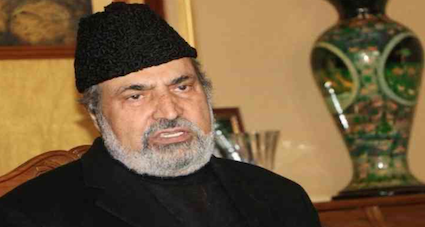 It will be some days, rather weeks, before reports about Prime Minister Narendra Modi’s All Party Meeting (APM) of June 24 stop appearing in newspapers, and be a subject on TV channels Amidst the din about the APM, with some analysts calling it a retreat by the Centre, while others calling it a triumph, one point appears to have been missed. It was made by former deputy chief minister Muzzafar Baig about giving some additional rights to Jammu and Kashmir under Article 371 of the constitution.

It seems this point made by Baig, perhaps the sharpest legal luminary who attended the meeting, needs to be widely debated, and seriously considered. He interrupted Mehbooba Mufti when she tried to raise a point about Article 370 and said this may amount to contempt of the Supreme Court. It is pertinent to point out here that the scrapping of Article 35-A has been challenged in the apex court. Mehbooba’s PDP is one of the petitioners, among many, and at one time Baig represented the party in the court. It appears he is unlikely to do so in future whenever the case comes up in the court as he has parted company with Mehbooba.

Article 371 appears in Part XXI of the Constitution, along with Article 370. It grants temporary, transition and special provisions to a few States which today number 10 (Maharashtra, Gujarat, Nagaland, Assam, Manipur, Andhra Pradesh, Sikkim Mizoram, Arunachal Pradesh, Goa and Karnataka). This kicks in when it’s realized that a State needs special protection because of its backward regions, economic and cultural interests, unique local challenges etc.

All political leaders of the People’s Alliance of Gupkar Declaration (PAGD) have been maintaining an official stance that they want the restoration of pre-August 5, 2019, status. This means reversal of constitutional changes initiated on that day, including division of J&K into two Union Territories (UTs) which came into effect on October 31, 2019. These leaders also know that it is impossible for now, till the government headed by Modi is in power at the Centre.

In this scenario, Baig’s suggestion on giving additional powers to J&K under Article 371 is actually a half-way house. A compromise suggesting more than what the Centre is ready right now to give, and less than what PAGD leaders are demanding. If considered viable, and conceded by the Centre, it may help strengthen the position of People’s Conference of Sajad Lone, to which Baig belongs now, and Apni Party headed by Altaf Bukhari, during assembly elections, whenever these are held. It may also force the National Conference (NC) of the Abdullahs (Farooq and his son Omar) and PDP of Mehbooba to perhaps more conciliatory tones.

Besides, there is this harvest of goodwill which Modi government could reap internationally on the measure. It’s good optics both at home and abroad. It keeps strident and hostile voices in check in the Valley. After all there is a lesson in history: What did Britishers do when the Congress party appeared to have been taken over by Lal-Bal-Pal in the early years of the 20th century? Britishers promoted softer voices within Congress; Gokhale brought in Mahatma Gandhi and it set the tone that the likes of Subhas Chandra Bose and revolutionaries such as Chandrashekhar Azad and Bhagat Singh always found themselves marginalised as a force.

It served Britishers well. It would serve Modi well. And India too.

(This is the third piece in a series on ’71 Indo-Pak War which is celebrating its 50th year this year. The first and second...