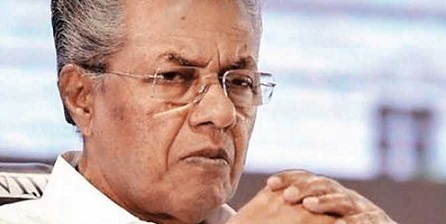 Kerala Chief Minister Pinarayi Vijayan has accused the Congress of allowing the Muslim League (IUML) to take decisions for the grand old party. In a Facebook post, Vijayan said this due to the “shameless of the Congress” as it would do anything for a few votes.

In a scathing attack, Vijayan said the United Democratic Front (UDF) led by the Congress was in a deplorable state of affairs. “It seemed like the League would take over the leadership of the UDF after the results of the local body elections are out. Has the League become a centre for commenting on the internal affairs of the Congress and deciding who should lead the Congress?” Vijayan asked.

Reacting to Vijayan’s comments, Congress leader Ramesh Chennithala claimed that the CPI (M) was trying to project the BJP as the main opposition party in the state, rather than UDF. He said that the LDF got 10,114 seats, the UDF 8,022 seats and the BJP only 1,600 and yet the LDF was trying to mislead the masses.

IUML leader PK Kunhalikutty was also present at the press conference addressed by the Congress leader. He denied that his party ever interfered in the internal matters of the Congress.