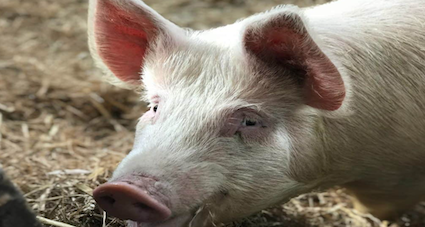 In what can be seen as a direct double standard, the Muslim community in Pudukkottai district of Tamil Nadu has forcefully stopped Hindus from sacrificing pigs as part of their worship, claiming that it pollutes the area.

The Kattu Nayakkar Hindu community of Pudukkottai district sacrifices pigs as a part of worshipping Madurai Veeran swami, which is their Kula Deva. They usually sacrifice the pigs near the Municipal office and Anganwadi in Aranthangi which is near Muslim area.

Chief of the Muhideen Andavar Jamat along with local Muslim residents have registered their complaints with local police officials, considering which Revenue Divisional Officer (RDO) hold a peace meeting.

The RDO peace meeting notice has cause a stir among social media users, highlighting that the same Muslim community celebrated Bakra-Eid last week. Many users even pointed out to that while Muslim community sacrificed thousands of animals Hindus have never filed such objections.