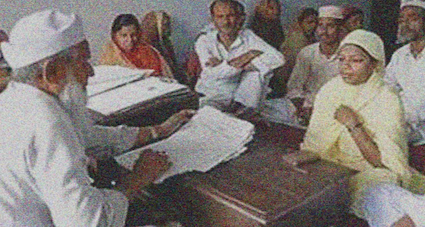 A major new Pew Research Center survey of religion across India finds that 80% of Muslim men do not want their women to marry non-Muslims.

The study titled ‘Religion in India: Tolerance and Segregation’ was based on nearly 30,000 face-to-face interviews of adults, which included 22,975 Hindus, 3,336 Muslims, 1,782 Sikhs, 1,011 Christians, 719 Buddhists, 109 Jains, and 67 who belonged to another religion or identified themselves as religiously unaffiliated.

The study reported that the majority of Muslims are against interfaith marriages and as many as 76% of Muslim men want to stop Muslim men from marrying non-Muslim women. Almost 80% of men suggested that Muslim women shouldn’t marry outside their religion.

The percentage was less in Hindus but showed similar results. In the case of Hindus, while 67% did not want Hindu women to marry non-Hindus, 65% were not in favour of Hindu men marrying non-Hindu women.

Apart from that, it was also revealed that the majority of Muslims prefer Shariah courts over regular courts. However, decisions taken by these courts have no legal binding. While Muslims want special Islamic courts, other religions showed resentment in allowing Muslims to have a separate court system.

The study positively highlighted that over 84% of Indians of different religious backgrounds overwhelmingly say they are very free to practice their faiths. Notably, due to differences between the religious practices, the majority of the Indians prefer to stay in a closed circle of people from their own religion.

“Indians simultaneously express enthusiasm for religious tolerance and a consistent preference for keeping their religious communities in segregated spheres – they live together separately,” the report mentioned.

The survey finds that Hindus tend to see their religious identity and Indian national identity as closely intertwined: Nearly two-thirds of Hindus (64%) say it is very important to be Hindu to be “truly” Indian. 80% of these individuals link the Hindi language to the national identity as well.