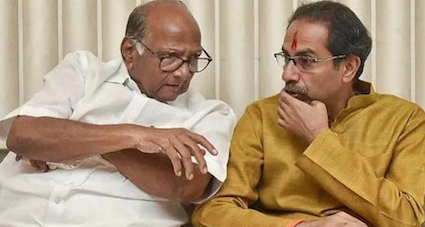 The Maha Vikas Aghadi government in Maharashtra, existing in paper only as of now, is in a hurry to take decisions involving hundreds of crores.

Maharashtra BJP leader Pravin Darekar has written to governor Bhagat Singh Koshyari that 160 orders have been passed in the past 48 hours and he should intervene in the matter.

Darekar, who is the leader of opposition in the Legislative Council of Maharashtra, wrote a letter to the state governor today. He said: “I want to draw your attention to a very important issue. The political situation in the state has become unstable in the last three days. Chief Minister Uddhav Thackeray has expressed his will to tender his resignation after a great coup took place within Shiv Sena. It is also learned through the media that the Chief Minister has vacated the official residence.

“In such a situation, a series of Government Orders are being passed one after the other in an indefinite manner. The Maha Vikas Aghadi government is taking decisions like never before. Even a detailed report regarding this is published today in various media. More than 160 Government Orders have been passed within 48 hours. These decisions being taken in the name of development projects are only adding to the suspicion. Maha Vikas Aghadi’s government remained indecisive in the last two and half years and now suddenly it is releasing crores of rupees. Therefore, the situation is so serious and suspicious that you should immediately pay attention to this.”

Meanwhile, Devendra Fadnavis – the leader of the opposition in the Legislative Assembly of Maharashtra – is in Delhi for the last two days.