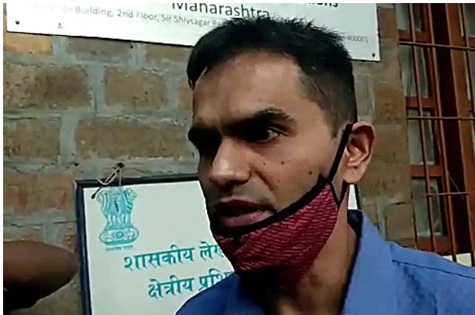 A team of Narcotics Control Bureau (NCB) was assaulted by drug peddlers in Goregaon in Mumbai. Two officers from the agency are critically injured.

As per reports, the team led by NCB director Sameer Wankhede and five others had gone to arrest a peddler called “Carry Mandis” when they were surrounded and assaulted by a group of 60 drug peddlers.

The Mumbai Police were called to help the NCB officials and facilitate the arrest of “Carry Mandis” and three of his gang members.

Narcotics department has carried out a number of raids across the city and many prominent figures of the Bollywood film industry have been in the eye of a storm.

It recently had summoned Firoz Nadiadwla, the noted film producer and his upscale home was raided. Comedian Bharti Singh was arrested on Saturday along with her husband before being granted bail. Earlier a probe had been initiated against Shah Rukh Khan, Arjun Rampal and Dino Morea. Actresses Deepika Padukone and Sara Ali Khan have been summoned. So were Rakul Preet Singh and Sara Ali Khan. Rhea Chakravorty, girlfriend of late actor Sushant Singh Rajput, had to spend nearly a month in jail.